Sharing a Memory~and where to go from here in 2019?

Hi friends! There are times I don't know whether to keep my blog updated as I know many have skipped blogging for the speedier Instagram feed. But this is my space to share memorable moments and milestones. And honestly, just a time of reflection for me as I look back and also ahead.
So before I go further into my story, I need to say how grateful I am for God’s provision and care. He has given me a very caring and capable and strong husband. Our Beulah is a constant source of joy and laughter and love. Our daughters are close by and it is a real comfort to know I can hop in a car on a weekend for a visit!
To be honest, though, I began 2019 a little discouraged.  The health issues that began in 2017 are still no closer to being resolved...and surprising to me...new ones have developed. I know aging is inevitable but mine began with a tooth that broke in December 2017 right before Christmas. Following that was a root canal, crown, and after that so much pain ensued over about 6 months I was ready to have my tooth extracted. The plan at the time was to prepare my gums for a dental implant. I saw several oral surgeons and confirmed that this was the right course of action. Unfortunately, the pain was never resolved. I had electric like pain in my face which was diagnosed as Trigeminal Neuralgia. Over the course of a year or more I saw two neurologists and had MRI's to rule out a brain tumor and M.S. I began the treatment course of pharmaceutical regimen for T.N. During my research I realized that my T.N. was atypical. I began seeing Pain Specialists as well as Orthodontists to determine if it was related to my dental work and if so if there was any way to reverse the damage or minimize it.
That is the short of it. The time has been long and lots of waiting, searching, and trying to trust and rest. What I have learned in this journey is that you will get a different answer to an illness depending on the type of doctor you see. None of my doctors agreed to the best course of treatment and none of them had much encouragement to share. Dental treatment is not insured and thus very expensive. And ultimately the decision as to what treatment to pursue and how to move forward feels a bit lonely and unsure.
So here I am again...a year later and looking at more surgeries. I am entering a new year with a birthday tomorrow and the need for foot surgery looming ahead. So, my husband asked me what I wanted to do...and I thought to myself...I really just want to be free of pain. Because of having Rheumatoid Arthritis I have been taking a drug that has slowed the progress of that immune disease for about 25 years. Having that drug treatment has been a lifesaver and enabled me to do all the normal activities and reduce pain and disease progression. I have been very grateful for it. But, in the past year  I have been told now by my oral surgeon and also the foot doctor...that the drug will slow my ability to heal. That information precipitated a talk with my rheumatologist who did not believe the medication had that large an effect on healing. But my plan is to go back and double check this information...because I definitely want to give my body the advantage of healing as much as possible if I elect to proceed with the foot surgery. And my oral surgeon had suggested to do exploratory surgery where my tooth was extracted to remove the bone graft, clean the area, and do bone biopsies. The hope there was to facilitate healing in the jaw and to allow me to have the implant. Because right now I don't have any way to proceed with an implant because no one will do it until the nerve pain is resolved. So I am stuck. And boy...do I feel it. I am afraid of having another surgery because the neurologist thinks that could worsen the nerve pain...and that is the last thing I want. So the question is...what started the nerve pain? Is it related to the extraction site being infected or never properly healing? Is it because of the bone graft? Is it due to nerve damage when I was given an injection of anesthetic? Was it caused by a faulty root canal? At this point...I want to know only to know if having surgery will help or make things worse.
I didn't start this post expecting to write this...and I doubt if anyone else sees and that is alright. Because this is my beginning of 2019 and as of tomorrow I am another year older. After the past year I am honestly not looking forward to aging. But I do believe that typical aging is not as difficult as having a major illness and surgeries that abruptly disrupt your life.
My plan is to "forge ahead." I need a big dose of courage and trust to round this next bend. If you read this I would be so appreciative of your prayer.
Which brings me to a photo I wanted to share. Last year my family took me on a trip for my 60th birthday. It was a surprise as to where we were going and I wasn't convinced I would be up for much travel so our daughter planned a short plane trip to the California coast. It was just a weekend...but so special!! I found a photo of the last night we were there and we had taken a small boat off the coast with a Captain in charge. The sun was just beginning to set when this was taken. 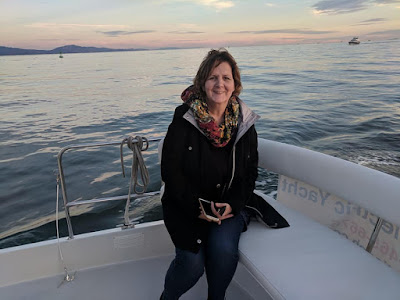 When I was looking back over the year and something memorable...I shared with my husband that this was it. Just as we were heading back to shore, a group of dolphins playfully swam along our little boat. It was magical.
Well...thank you for reading along. I will be back to stamping soon.
Posted by Traci M at 5:46 PM 3 comments:

Traci M
Hi and welcome to my blog! My name is Traci Major. I wanted a place to share my love of paper crafting as well as celebrating the reason behind what I do...hence the title "Major Moments." Life is filled with many moments...mine is made memorable with family, husband, two grown daughters and our dog, Beulah. My faith in Christ is the most important identifying aspect of my life...my card making is just one way of sharing the faith, love and encouragement I've found through knowing Him. I'm so glad you stopped by!! 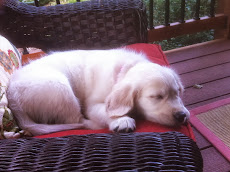 "Gratitude bestows reverence, allowing us to encounter everyday epiphanies, those transcendent moments of awe that change forever how we eperience life and the world."~Sarah Ban Breathnach